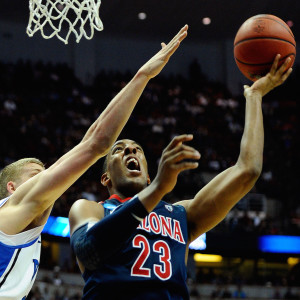 Water cooler talk in offices around the country was at a fever pitch these last couple of weeks as the NCAA basketball tournament has seen a little bit of everything. From last-minute wins to bracket-busting losses, the March Madness games have provided plenty of entertainment to excite even the most casual basketball fans. They have also provided plenty of lessons that can be applied to everyday business. Here are four key takeaways from the Highway to Houston as we head into the Final Four weekend.

There have been plenty of upsets in this tournament. Even Jim Boeheim, head coach of the #10 Syracuse team, said he never expected to be in the Final Four. This is a team that started 0-4 in their conference, entered the tournament on a 1-5 slide and trailed by as many as 16 points in the second half against #1 Virginia in the Elite Eight. This team busted plenty of brackets and more than enough dreams. Nobody expected them to be where they are. But through good fortune and hard work, here they are at the doorstep of the biggest event in college basketball. Boeheim said, “Where you’re at is not important, it’s where you get to.” How many successful people do you know with a similar story?

Teams throughout this tournament were behind, some by as many as 12 points with 44 second left. But they came back and won. No deal is dead, no problem can’t be solved. I used to work for someone in the publishing business who said, “Any change can be made, any sale can be closed right up until the plates are on the press.” Even then, we often heard “Stop the press!” for that last ad or final editorial change. And the company was better and more profitable as a result.

3.  Let Your Stars Shine and Let Your Leaders Be Leaders

Oklahoma made it to the Final Four with their star player leading the charge. The heart and soul of all of the Final Four teams are seniors. When you have leadership and successful people on hand, let the thoroughbreds run.

4.  Establish Your Own Standards and Play Up to Them

As the tournament favorite, #1 North Carolina has been playing like champions. It’s important for teams and individuals, regardless of the competition, to bring their A game. Customers don’t want to settle and they shouldn’t have to. If your employees bring their best each and every day and live up to the motto, mission statement or mantra of the company, your organization will be a winner.

Sports teach participants and fans plenty of life lessons. The 2016 Final Four is loaded with them. Enjoy the games this weekend!