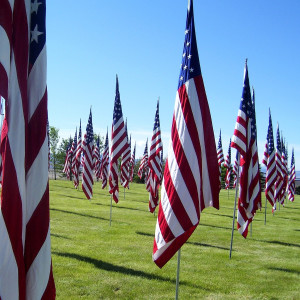 As we ease into Memorial Day Weekend and the unofficial start of summer, it’s fun to talk about all of the plans being made, from family barbeques and trips to the lake to watching a ballgame and just relaxing in a hammock.

Based on some of the conversations I’ve had this week, here is a numerical snapshot of some Memorial Day Weekend plans:
35 – The number of people coming to a friend’s cabin. I wished him good luck and said someone should keep a journal of the weekend, and then read it next Memorial Day Weekend. And then burn it in the fire pit.

90 – Extra traffic time, in minutes, that one person is anticipating it will take them to get to the lake.

6 – The number of times that same person estimates they will threaten to pull the car over if their kids don’t start behaving.

1 – Bathing suits being packed by a family of five for the one child who just doesn’t care what the air or water temperature is.

4 – Bags of charcoal purchased by someone who plans to grill each and every meal all weekend long.

Thinking about Memorial Day Weekend, all of these numbers and what the holiday truly represents reminded me of some staggering numbers that my parents shared with me after their recent trip that included a stop at Normandy, France.

9,387 – The number of American Soldiers buried at Normandy American Cemetery. This is greater than most of the town populations in the lake regions many Minnesotans are heading to this weekend. Included in the 9,387 is a father and his son who are buried there side by side and 33 sets of brothers resting beside each other.

1,557 – The number of names of Soldiers inscribed on tablets in the cemetery’s Garden of the Missing. They came from all 50 states and the District of Columbia.

14,000 – The approximate number of remains of Soldiers originally buried in this region that were returned home at the request of their next of kin.

These numbers are sobering, and humbling, yet they only represent one cemetery, from one campaign, in one of the many wars fought by U.S. Armed Forces.

While Memorial Day has become a time to relax and celebrate the start of summer with friends and family around the bonfire, it’s really about each and every one of the white headstones that seemingly stretch into the horizon forever in our national cemeteries.

It’s about those who never got a chance to sit an extra 90 minutes in traffic to get to the lake, or never had the privilege of being a grill sergeant for the weekend.

It’s about those who, instead, went off to a real war as a real Sergeant.

And about those who never made it home.